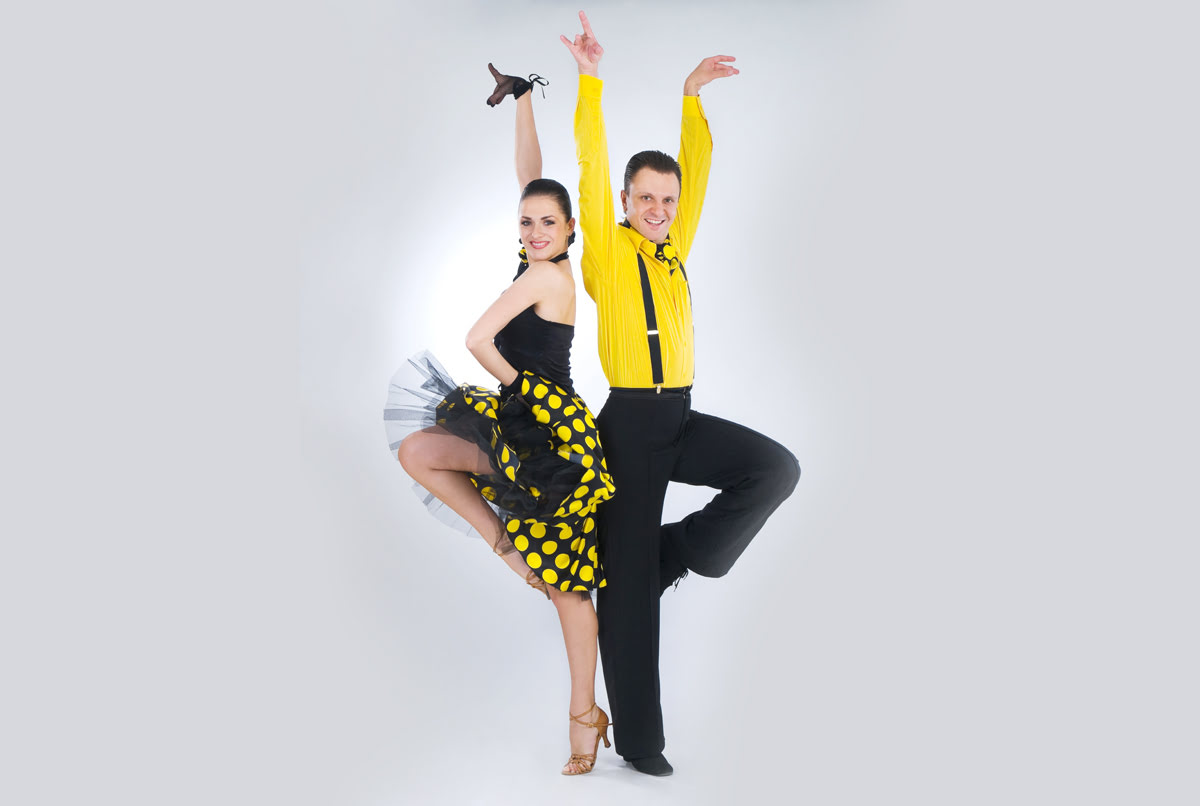 Swing is lively, buoyant and highly entertaining. Born at the end of 1920’ under the name Lindy, given in the honor of Charles Lindberg, it was considered one of the most popular styles in the first half of the previous century.

It is easy to master, it can express a wide variety of steps on fast rhythms, offering comfort and easiness when dancing.

Swing was introduced on the stage of New York dance at the end of 1920’ and the beginning of 1930’, when Afro-American Jazz bands started to be present in all clubs. Later on, the famous clarinetist and band lead, Benny Goodman, will transform the music of those times and will create a new trend which rapidly took over the West Coast of America.

When this happened, Hollywood presents movies on this new music style so that the whole country starts to dance on the vivid tempo of ‘swinging jazz’.

Many see this dance style as extremely demanding, with very energetic moves which we often see in movies and reality shows, but in time, most of the dance studios, including Arthur Murray, managed to develop variants of this dance style adequate for the regular audience.

The original moves however – Lindy Hop, Charleston and Jitterbug – remain the most popular among dancers of all ages.