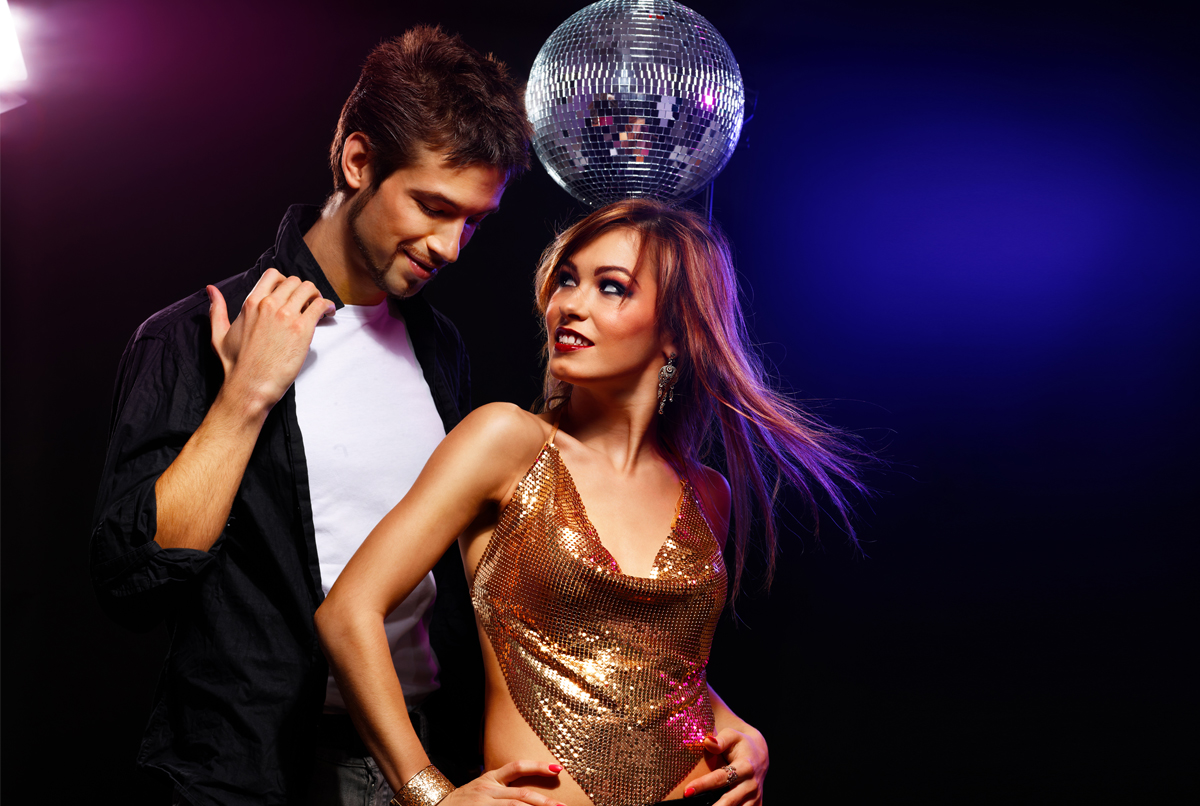 Hustle is a modern and very entertaining dance style that was extremely popular during the disco fever of the ’70. While most of the dance styles require 2 persons, Hustle can be danced either with a partner or alone.

Fresh, provoking and full of energy, it grew rapidly on people remaining one of the most popular styles in today’s clubs.

Unlike other ballroom dances, the origins of Hustle are not that far in the past. Many fans can still remember how this dance took over the entire world in mid-1970’ after the blockbuster, ‘Saturday Night Fever’ was launched.

The dance was created by a combination of salsa, swing, mambo and even tango moves. Like the other dance styles, Hustle became popular on the dance floors of the night clubs and parties in New York.

The disco fever reached the climax in the middle of the decade, and hustle became the dance that defined the pop culture of the generations at that time.

Fresh, provoking and full of energy!